Although I think I have a strong sense of ‚Äúhome,‚Ä? particularly ‚Äúhome cooking,‚Ä? I have little or no memory of the houses my family lived in until I was in high school. Strangely, though, I have very vivid memories of the areas around those houses. 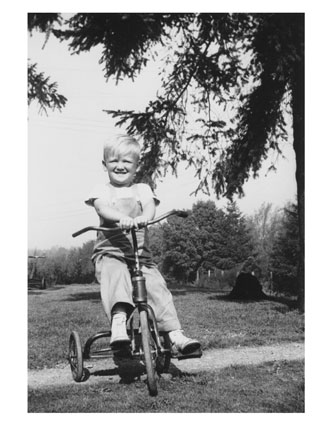 My earliest memories are of fishing Puget Sound and playing on the edges of the small lake on the old golf course outside the Burien house where I was born.

There was tall prairie grass and railroad tracks behind the Goldendale apartment where I lived when I was five, and an old trailer court where the lady of many cats lived.

Later, in Rainier Valley, I explored Lake Washington wetlands, dug a huge cave in the woods behind the house, covered it with logs and branches, waited for “the big one” that never came.

Walnut creek ran behind our house in California, and there was a long rope we used to swing out over the creek, the same creek where I constantly contacted poison oak but refused to stay away from.

And so it goes, everywhere we moved. Years later, I could trace the paths I used to walk, but found it nearly impossible to identify which house we actually lived in.

Though I remember clearly both of the houses I lived in as an adult, I don‚Äôt miss either of them nearly as much as I miss the Oregon Coast, the Columbia River Gorge, Indian Heaven Wilderness, Mt. Hood.

Small wonder, then, that I‚Äôm most drawn to nature poetry, poetry that conveys a strong sense of place, particularly the Pacific Northwest.

3 thoughts on “The Outsider”